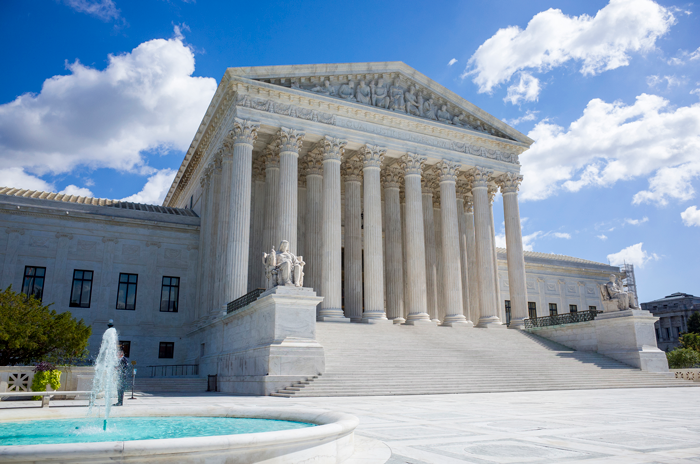 Labor practitioners have long been frustrated by the ever-changing legal landscape resulting from the politically constituted National Labor Relations Board: Each administration appoints three Board members from its own party, and two from the opposite party. Not surprisingly, when an administration shifts from Democrat to Republican, that process results in a Board whose majority will likely have stark disagreements with the views of the predecessor Board.

Whether this swinging pendulum results in significant changes to substantive labor law will depend on the extent to which a very liberal Board majority is being replaced by a very conservative majority. At this writing, the conservative Trump administration has appointed three pro-business Republican Board members, who have faced off against one Democrat— but only until that member’s term expired last December. The two Democrat seats are now empty. Not surprisingly, this has resulted in significant changes in Board law, often returning to the pro-business views of the George W. Bush Board.

What follows is a summary of some recent significant Trump Board decisions and policy changes, beginning with those applicable to all employers and then discussing several that pertain only to employers that have a relationship with a union.

Board issues final rule on joint employer status. Just before we went to press, the Trump Board issued its final rule on a subject—joint employer status—that has troubled the Board and the courts for years. The Board describes the final rule as restoring the joint employer standards that the Board had applied for several decades prior to the Obama Board’s decision in Browning-Ferris Industries (2015). The key change in the final rule is that an employer must both possess and exercise “substantial direct and immediate control” over one or more of the “essential terms and conditions” of another employer’s employees. The rule also provides detailed meaning to the critical terms under the new standard.

Under the Obama Board’s test for joint employer status, many business relationships (e.g., employee leasing, franchisor-franchisee, etc.) were in jeopardy of being labeled as joint employer relationships, potentially opening a snake pit of legal rights and obligations the parties had not anticipated. Businesses can now breathe a sigh of relief.

Union election rules are substantially loosened. For decades unions have complained that the then-current NLRB timelines for elections seeking union representation were too lengthy, giving time for employers to mount campaigns that caused unions’ win-loss ratio to be lower than they thought it should be. So, in 2014, the pro-union majority of the Obama Board put in place new rules and timelines that were pejoratively called “quickie election” rules—though that is exactly what they were. Many employers were ambushed by these new rules, resulting in an election without a realistic campaign. Ironically, though, statistics have shown that, despite the hurry-up character of the Obama Board’s rules, unions did not improve their win-loss ratio. In any event, as of April 16, 2020, those quickie rules will no longer be effective.

Use of employer email systems for union organizing. Prior to the Obama Board, the NLRB’s rule concerning employer email systems was that, with certain exceptions, employers could forbid the use of their email systems for union organizational efforts even though employees routinely used that email in the course of their work. But in Purple Communications (2014), the Obama Board flipped the rule to state that, with certain exceptions, employees who use the employer’s email system for work had a presumptive right to use the employer’s system for union-related activities. Late last year, in Caesars Entertainment (2019), the Trump Board went back to the pre-Obama rule, i.e., that, so long as the employer was not discriminating against union-related email by allowing other similar non-work uses, employers can forbid its use for union purposes.

New deferential analysis for employer-issued rules and policies governing employee conduct. We all remember too well the last several years of the Obama Board members’ nit-picking of employer-promulgated rules and policies to determine whether, in the Board’s view, the rule or policy might possibly inhibit protected activity on the part of employees governed by the rule. In one of its first acts, the Trump Board adopted, in Boeing Co. (2017), a new framework for assessing whether particular rules or policies (e.g., code of ethics, professionalism in the workplace, protection of the employer’s non-public information, etc.) interfered with protected activity. In early 2018, the Board’s General Counsel issued a comprehensive memorandum to the Regional Offices that went into greater detail. Since then, the Board has been methodically finding permissible employer rules or policies that would not have passed under the Obama Board’s framework.

Access of union organizers to employer property. A frequent point of friction occurs when union organizers try to gain access to employees in the company parking lot or, for some employers, in public areas of a larger entity like a hospital or shopping mall. In two separate decisions, Kroger Mid-Atlantic (2019) and UPMC (2019), the Trump Board changed the playing field in favor of employers’ right to prohibit access to union organizers even if the employer allows access for charitable, civic, and similar activities.

How much profanity and verbal abuse must an employer put up with? What has irked so many employers over the years of the Obama Board was the seeming failure to recognize that an employer must maintain certain behavioral standards for its workplace—or it will become dysfunctional, adversarial, and abusive. Indeed, there developed a conflict between the NLRB and the EEOC over the propriety of certain sexual misconduct that the NLRB declared to be protected whereas the EEOC declared it to run afoul of the harassment laws. The Trump Board has now changed the analysis applicable to such situations. Instead of simply asking whether certain misconduct occurred in connection with protected activity, the new test looks at whether a rule of conduct, reasonably interpreted, would interfere with employees’ exercise of statutorily protected rights. If so, the test then weighs the nature and extent of the potential impact on employees’ rights against the employer’s legitimate justification for having the rule. When the justification for the rule outweighs arguable intrusions on protected rights, it will be found lawful. Under this new approach, countless employer-promulgated workplace rules and policies will survive scrutiny — whereas the Obama Board would have found many nonsensical violations of employees’ rights.

Employers may stop withholding union dues at contract expiration. In a rather shocking deviation from decades of prior law on the subject, the Obama Board had, in Lincoln Lutheran of Racine (2015), overruled the standard followed since Bethlehem Steel (1962), which held that an employer could discontinue dues checkoff at the expiration of a collective bargaining agreement. The Obama Board held that dues checkoff was part of the “status quo” that must be maintained after a contract expires. In Valley Hospital Medical Center (2019), the Trump Board held that dues checkoff was not part of the “status quo” and that an employer is allowed, upon contract expiration, “to use dues checkoff cessation as an economic weapon in bargaining without interference from the Board.”

“Contract coverage” standard for mid-contract unilateral changes. For many years, there has been a debate among Board members and labor practitioners about the correct legal standard to be applied by the Board (and the courts) when an employer decides to make a change in mid contract, relying on a management rights provision that it believes in good faith gives it the right to make the change without bargaining with the union. The standard the Board had generally used tested whether the union had “clearly and unmistakably waived” a right to bargain with the employer over that particular subject before the employer could make a change. As might be expected, employers were rarely able to make that “waiver” showing, which severely constricted an employer’s right to rely on a management rights clause (or similar contract language). The Trump Board has now resolved that debate and held in M.V. Transportation (2019) that it would apply the “contract coverage” standard— which tests only whether the subject of the dispute is “covered” by applicable contract language. This will have major favorable ramifications for employers as they try to run their businesses.

Old rule for deferral to arbitrator is reinstated. In a decision that will keep the Board out of most contract disputes that have been arbitrated, the Trump Board has now, in United Parcel Service (2019), restored the longstanding test for deferral, i.e., that the issues arbitrated were factually parallel to the NLRA issue, that the facts relevant to the statutory issue were presented, and that the arbitrator’s decision was not “repugnant to federal labor laws.” Under the Obama Board, disputes that had been arbitrated in the employer’s favor were frequently the subject of renewed NLRB investigation and intervention in what should have been a final decision by the arbitrator.

We expect to see many more significant decisions for the balance of the Trump Board’s tenure.