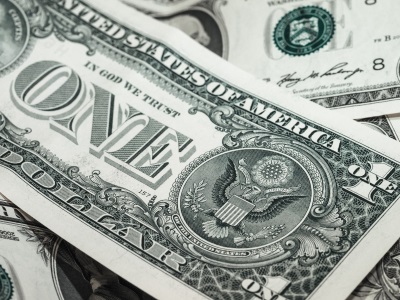 Banking Issues For The Marijuana Industry

The same day that Michigan legalized recreational marijuana for people over 21 (with the highest limit on possession at 2.5 ounces), Missouri and Utah legalized medical marijuana, bringing the total to 33 states allowing marijuana for medical purposes and 10 states allowing recreational use. However, the plant remains a Schedule One drug under federal law, raising a major question: Are banks doing business with a state-legal-ized marijuana industry subject to federal prosecution?

The short answer is yes. Banks are subject to federal law and regulations, and are generally federally insured by the FDIC. Federal law trumps state law, so cannabis remains illegal; but the federal government may not force state and local prosecutors to enforce federal law. The primary exposure for banks comes with the federal money laundering statutes, which make it a crime to conduct a financial transaction when a person or business knows that the money comes from an illegal activity, and intends to promote the crime, conceal the crime, or evade taxes. If the amount of marijuana industry deposits exceeds $10,000, the intent requirement is removed and a bank is liable when it knows about the illegal activity, even if the bank does not intend to promote or conceal it.

For this reason, banks are rightfully wary of dealing with the marijuana industry. The standard practice is that when a business is dealing with large amounts of cash, the bank will investigate the source of that cash. If the source is marijuana, the bank will close the account—even if the transactions at issue are legal at a state level. For that reason, about 70% of marijuana businesses operate entirely in cash.

Carrying around large amounts of cash, marijuana businesses argue, exposes them to an increased risk of theft and violence. Yet they are unlikely to see change on the federal level in the near future; so far, Congress is unwilling to alter its stance on the drug. Bills backed by national banking chains that were designed to allow banks to do business with these clients died in committee this past summer. The Attorney General’s Office has also recently indicated its willingness to prosecute marijuana-related banking crimes. In 2013, then-Attorney General James Cole issued the “Cole Memo,” directing federal attorneys to exercise prosecutorial discretion in this area, limiting prosecutions to cases that involved violence or the use of federal property or public lands. But in January 2018, then-Attorney General Jeff Sessions formally rescinded the Cole Memo, stating in his “Sessions Memo” that marijuana is “a dangerous drug” that remains “a serious crime,” and specifically naming the possibility of prosecution under money laundering statutes, the unlicensed money transmitter statute, and the Bank Secrecy Act. We do not expect a change in this view at the federal level during the current administration.

But federal law enforcement has yet to prosecute a financial institution for marijuana-related business. In fact, a cottage industry has sprung up of banks seeking business specifically with these clients. These banks require extensive records and bookkeeping verifying that each dollar a marijuana business deposits is linked to a marijuana sale meeting state-legal standards. Because of the possible federal exposure, these banks profit from high fees they charge to marijuana industry clients.

More and more mainstream banks are beginning to allow cannabis customers as well; industry analysts estimate that marijuana-related banking has grown by 20% since President Trump took office. One safeguard for banks is the growing number of states attempting to provide a legal shield for doing business with the marijuana industry. California and Utah, for instance, have passed legislation attempting to protect banks and other businesses from liability. A rarely discussed provision in Michigan’s recently passed law states: “It is the public policy of this state that contracts related to the operation of marihuana establishments be enforceable.” The efficacy of these laws has yet to be determined. States cannot circumvent federal law, but these laws might influence a court’s or a prosecutor’s decision nonetheless.

Even the Sessions Memo emphasized that, in prosecuting marijuana-industry banking, federal prosecutors may exercise discretion. And the U.S. Attorney’s Manual gives federal prosecutors specific direction to decide which cases to prosecute. Prosecutors can decline to pursue a case based on the crime’s seriousness, the impact on a community, and whether or not prosecution will deter further crime. State legalization can also weigh on a prosecutor’s decision whether to charge a bank with a crime.

Ultimately, the marketplace is likely to pressure change in this area of the law. One recent estimate is that the market for recreational marijuana will grow from $9.2 billion in 2017 to $47.3 billion by 2027. Banks are unlikely to remain out of this market for very long.